Well I have had a week of full on pre-schooler toddler (the bad side) between the withholding wee, the refusal to get dressed, the not eating, the general fighting over anything, the changing his mind and then over reacting.  O.K. he has been unwell, he had a temp and the snot and a cough, but there is only so much you can deal with, especially when you are good cop AND bad cop.

And believe me I have tried everything, calm, asking, begging, shouting, time out, bribes, and reverse psychology.

The frustration it beings me, where you are determined to remain calm, but that gradually fizzles away as time ticks away to get out the door.

I try to parent in a way I can feel proud of, I fail often, but don’t beat myself up over it.  I realised the other day my child is not in any shape or form scared of me.  This is a great thing, in a way.

I don’t smack for many reasons, but I also don’t judge others who do.  But when I did shout the other day, it wasn’t a losing the plot shout it was I have tried everything else and he just looked at me in a bemused ‘what is she doing?’ way.

So today we are having a ‘if you don’t do as I ask you will go to your room day’ No exceptions.  It took us an hour from waking to come downstairs as he was refusing to do a wee. He spent a lot of that in his room with the gate shut.  But the point was made (I HOPE!!!)

This is the hardest bit for me, as there is so little sense to a lot of it, but I am trying to break it down and understand it from his view and it is a mixture of feeling ill, attention seeking, testing boundaries and just being 3 years old. 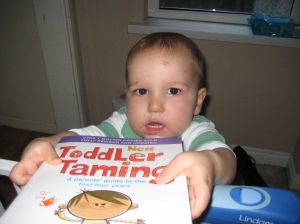 I am a Mummy to a 3 year old, I work part time, I write, I take photos, I try and persuade my child to eat something other than cream crackers, I clean up after, shout at & snuggle 2 cats, 1 who is evil and 1 who is fat, stupid and very pretty, I love baths in silence, I'm a lone parent & have my child 100% of the time, I eat too much crap food but survive, I am not as patient as I would like to be, I like being happy, I over think things.

I know this bothers many people so I thought I would just make the point, I am dyslexic, so the basics of both grammar and spelling are a mystery for me a lot of the time. All the delights of where apostrophe go are generally lost in translation from my brain to my fingers. I do try though, but just to be clear trying doesn’t always allow me to either see or know what is right/wrong. So please forgive any you find :o)